What are Intrusion Detection Systems?

Cyber security protection is becoming a vital necessity for small and midsize businesses. With the recent COVID-19 pandemic forcing a shift to remote working, the threat landscape has expanded overnight. Therefore, businesses must implement an Intrusion Detection System that is capable of monitoring for security events and attacks on the network.

An Intrusion Detection System (IDS) is a piece of hardware and software that identifies and mitigates threats and attacks on your network. The IDS collects and analyses information on malicious activities and reports them to a SOC (Security Operations Centre) for cyber security experts to analyse.

What does an Intrusion Detection System do?

At m3 we use an IDS that uses BOTH of the above detection methods along with human-based analysis detection.

What are the different types of Intrusion Detection Systems?

A NIDS system operates at the network level and monitors traffic from all devices going in and out of the network. NIDS performs analysis on the traffic looking for patterns and abnormal behaviors upon which a warning is sent. For example, if a port scan is performed on a network secured by an IDS, it is flagged. Then, it is investigated further by cyber security experts. A warning is also flagged should the NIDS detects a change, such as the standard packet size or traffic load. Some advantages of NIDS include:

However, some disadvantages are they (at times) cannot handle large traffic volumes, and they cannot analyse encrypted data or fragmented packets.

The HIDS, unlike the NIDS which monitors the entire network. HIDS monitors system data and looks for malicious activity on an individual host. HIDS take snapshots, and if they change over time maliciously, an alert is raised.  A HIDS analyzes the change management in the operating system files, logs, as well as software and many more.

Let’s look at a couple of advantages of a Host-based IDS include:

If you want to protect your business network with an Intrusion Detection System, call us today on 01738 237003. 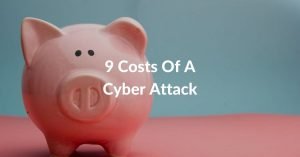 9 Costs Of A Cyber Attack 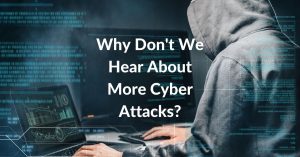 Why Don’t We Hear About More Cyber Attacks? 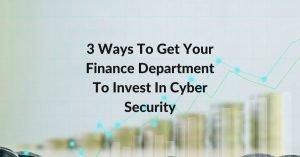